A year ago during Homecoming week with the Legend High School, one of my good friend ‘band mom’ and I were discussing about what it was like when we were in high school. We wore ‘Homecoming Mums’ on the day of the game and with Legend High School still a brand new high school, we thought this would be an excellent tradition to bring to the school.

Who knew that Homecoming Mums was not a popular thing in Colorado! No one knew what we were talking about, and those that did said it was not an ‘in thing’ in Colorado! We realized that it was too late to take this project on and make them up in time for the game, but said we would work on them the following year. Imagine my surprise that at the game that night, the moms of the Legend Cheerleaders were already thinking the same thing and made them for their girls that night! We were onto something!

So this Homecoming (2011) – my friend Michele and I surfed the web, found the materials we wanted and went shopping in excitement for this year’s Homecoming Mums. Along the way, we told a few other band moms’ who told a few other band mom’s and within a few days we had 7-10 other moms buying materials for their teen. We knew this could not go well without a hitch if we didn’t make a few extra mums for teachers and parents, so each mom would pick a few kids and adults they would make for. I made 4 homecoming mums for the Senior Color Guard girls and myself and a mum garter for my son.

What we didn’t take into was the time to make these. Circles had to be cut, holes had to be punch, ribbon had to be cut and glued, letters, more ribbon and cow-bells had to be added to each homecoming mum. We were nervous that some of the boys would not wear them, and though it was a supposed to be a surprise, some moms talked to their teen and as long as class colors and other requirements were met, with a grimace, they agreed to wear them on the day of the Homecoming Assembly.

What we didn’t expect was that some students were so excited to get them, that when told they had to take them off for school… one student said “just try, my mom made this for me!” and we knew we had a hit… but it didn’t end there.

Our goal when creating the mums was to start a tradition. To have the teens look forward to something next year for Homecoming. We couldn’t make mum’s for all 150 band students, so on a last minute email to all the mother’s who participated, I said that I would make some spirit ribbons (another favorite tradition from some of us in our high school years) for the remaining band students. Two amazing mothers called me within minutes and said that they had time to work on them and that they would love to help with making of the ribbons. I asked that we keep it simple and easy and they grabbed another mom and off to work they went – 150 spirit ribbons to be made.

On the afternoon of the Homecoming parade, we gave our amazing band director his garter mum to wear in the parade and we all went to set up in the hallway so that when the students came back from the parade, those who had mum’s made for them would get theirs and the spirit ribbons would be handed out. The 3 mothers made 150 spirit ribbons for our band students (who wore them proudly the next day) and made about 30 additional spirit ribbons in a different color for band parents for the game on Friday night.

The students loved their mums and garter-mums and I took many pictures of the different designs and details that were made for the students. We plan on doing this again next year and hopefully have a bigger turn out of mum’s to make for the band.

You can imagine my excitement when a few weeks later I was in Texas for work that I was able to visit my sister for a few days, and we went to one of her school’s volleyball game, and their opposing team was having their Homecoming as well. I was able to get a few pictures of their mum’s for ideas and inspiration for our mum’s next year.

Please take a look at the gallery of photos – from the assembly line of materials to detailed pictures of the mum’s… and yes, even a photo of me. I can’t say enough about our Legend Titan Band Parents, the mother’s who helped create a new tradition within the high school and the mom’s who are excited to participate next year will make this so successful!

To Michele for being from Texas!
To Anita and Candy who spent 8 hours making spirit ribbons… you’ve got spirit! Yes you do!
To the all the mom’s who participate and helped! 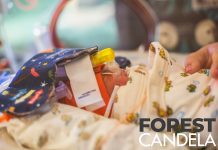 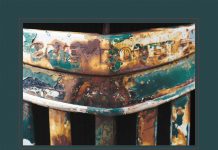 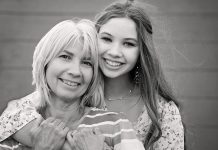 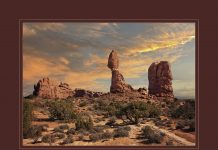