With some crazy changes in the Susan B. world – I am behind in posting some amazing senior sessions. First up – 2020 Legend Senior Luke. Younger brother to 2018 Legend Senior Ryan so I was excited to see what he wanted for his senior session. He participates in the Legend theater so I was thrilled when he said that he had connections with the theater teacher that we could get into the school during the summer and capture a few stage shots. Imagine my surprise that his theater teacher is a former Legend student herself and a childhood friend of my daughters. Addressing her has “Miss. Parkinson”, we all got a laugh. So with crazy theater lighting, Luke rocked the ‘actor’ moves and recited lines while I took the shots. Cross theater senior student off my list (but I’ll photograph more!) we had so much fun!

I also find it interesting that when it came too Luke’s session; Luke, his parents and I enjoyed more of the theater images then his senior session. My goal to achieve at each session is 3 parts: image for the yearbook, images for the parents and creative / fun images for the senior. When it came to ordering – Luke and his family loved the theater session more, which I did too!

But there’s more – with some a special request from Luke – he wanted a special shot achieved which required the studio. Since we had already done the theater, which I considered indoors and studio like, we focused on this one shot in the studio. Luke brought in 2 light sabers… red and blue and prior planning, I suggested he bring in a red outfit and blue outfit. We took a few photos of him in red, from his shoes to his saber – and he was fighting his invisible self. With very little movement so we could keep everything the same, he switched to his blue outfit, shoes included and fought his invisible self again in the opposite direction.

When showing Luke the final piece, which he totally loved and being in the theater – I suggested that I print this in a movie poster size. I would find a lab that printed movie posters. Luke being the star! Most movie posters are vertical but some guidelines are meant to be broken and the above image is the final.

I love my seniors – keeping me on my toes for creative work.

Luke – Senior. Rock Star. MOVIE STAR. (Can I have your autograph???) 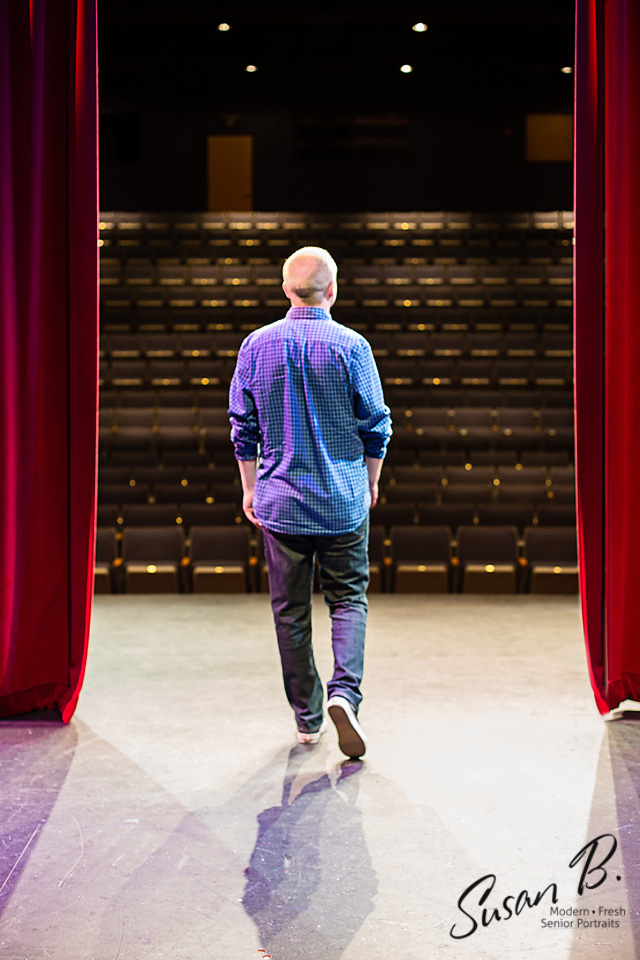 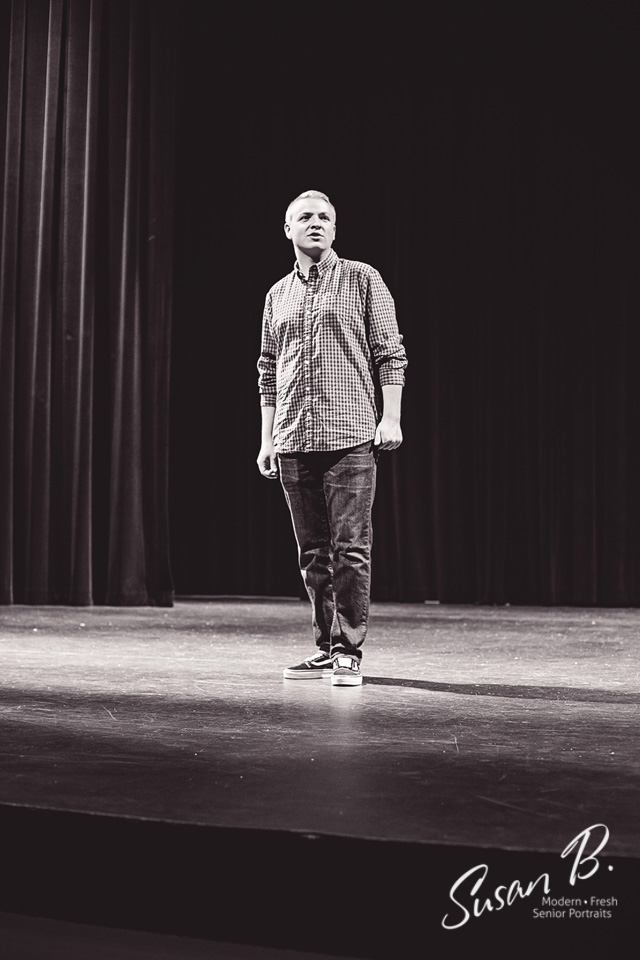 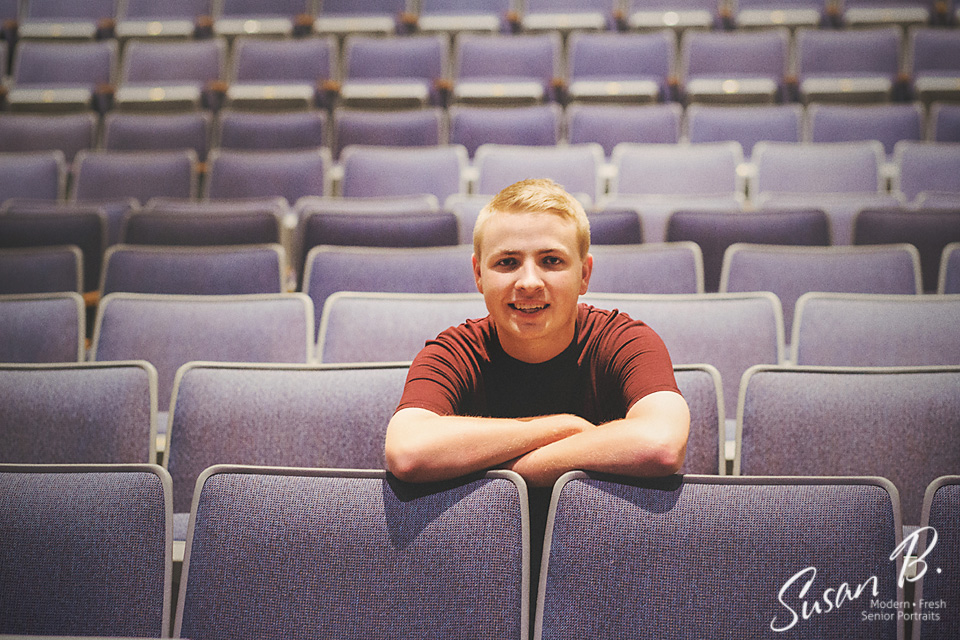 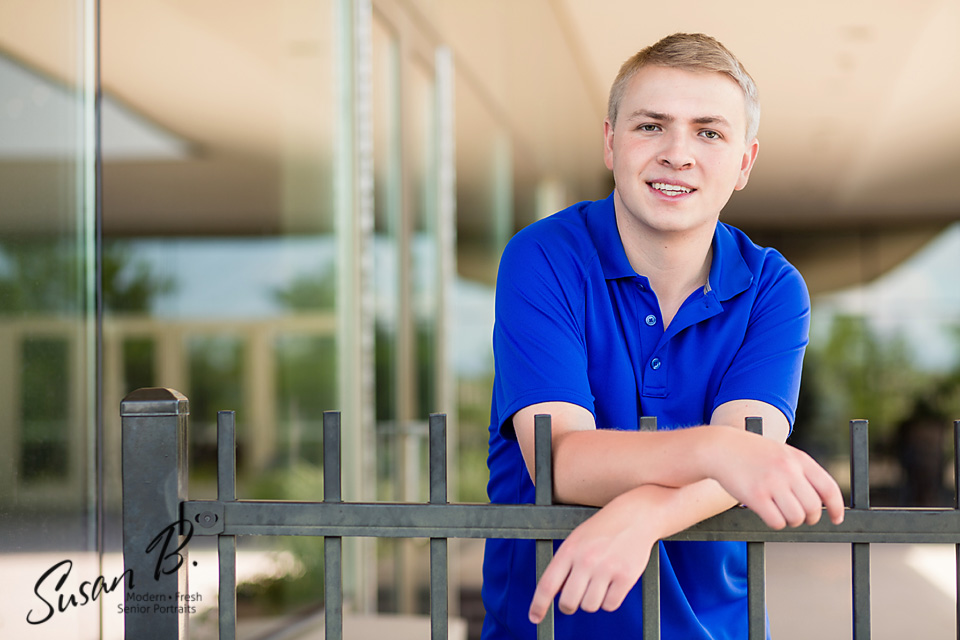 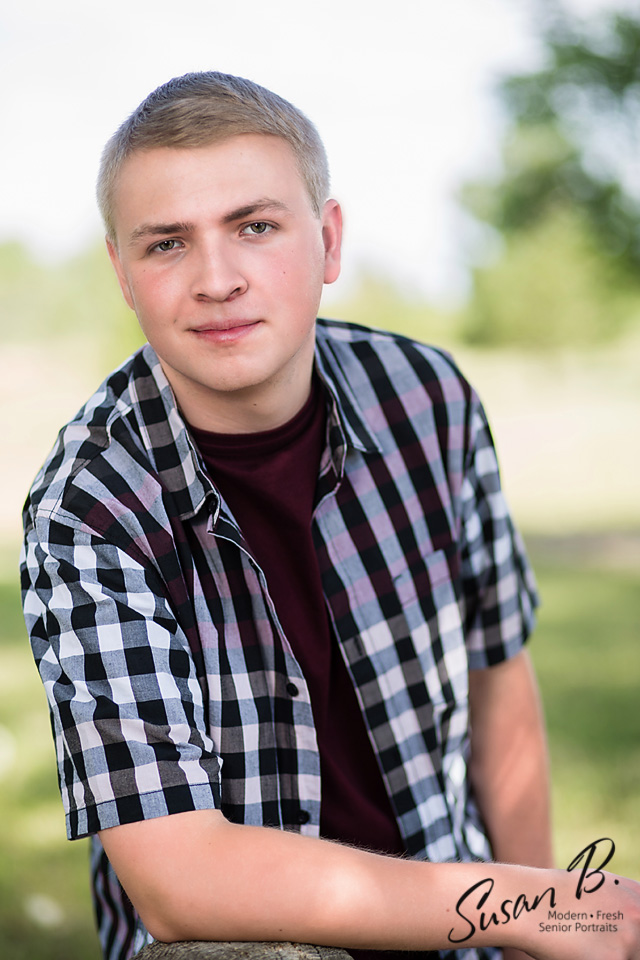